The economic impact of the lockdown will pale by comparison to the “perfect storm” leaving vulnerable children “isolating alongside their abusers”, Sajid Javid has warned.

Writing for The Telegraph, the former Home Secretary said the current restrictions appeared to be facilitating a “surge” in sexual abuse of children which he predicted would be reflected in figures later this year.

Mr Javid is to lead a new “no holds barred” investigation into child sexual abuse in Britain, along with the Centre for Social Justice think tank. Mr Javid said the inquiry would not be impeded by “cultural and political sensitivities” after the men convicted in recent high-profile cases were disproportionately of Pakistani, Kashmiri, Bangladeshi and Bengali heritage.

His intervention follows repeated warnings by children’s charities about the increased risks of child abuse while children are being kept at home during the lockdown.

Jigsaw Support@SupportByJigsaw
Jigsaw Support is part of @JigsawHG and offers all the group's support service under one umbrella. (Formerly @threshold76)
Total Tweets2.29K
Followers1.35K
Following516
@SupportByJigsaw: Lynda from our #HousingFirst team was on the panel for the @csjthinktank #ClosetoHome event last week. We also heard from Grace, one of our Housing First customers, who told us her story and how the programme had changed her life. Watch the full stream: https://t.co/lFw4OmjvE5
3 Smart Thinking@SmartThinktanks
A one-stop-shop for all the research, events, jobs and internships from UK think tanks. All queries email info@smartthinking.org.uk
Total Tweets4.90K
Followers1.37K
Following685
@SmartThinktanks: The increase in UC is not as unaffordable as claimed but is also not an efficiently targeted way to spend the money says @gavinantonyrice @csjthinktank - the govt should roll out Universal Support (piloted in 2014) to provide wraparound support: https://t.co/WMH6o5V4O0 #forum
1

Gavin Rice 🇬🇧🇭🇰@gavinantonyrice
Head of Work & Welfare @CSJthinktank | Ex-Special Adviser @DExEUGov | Politics, Economics, History, Philosophy | @Telegraph @ConHome @Reactionlife. Views mine.
Total Tweets3.70K
Followers595
Following2.89K
@gavinantonyrice: It should be remembered the £20 uplift to #UniversalCredit only partially undoes some of the Osborne era cuts. But there are better ways to spend the money: cutting the taper rate, help with childcare costs and rolling out #UniversalSupport @csjthinktank https://t.co/63G6a7nCl8
2 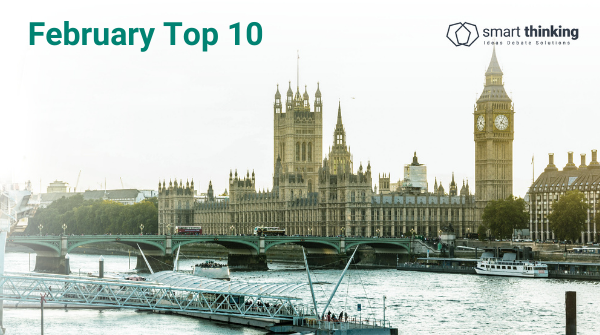