In yesterday’s budget the Chancellor set out his vision for “a new age of optimism”. Emboldened by upgraded economic forecasts published by the OBR, this vision was articulated as a blend of big spending announcements, fresh fiscal rules, and an endorsement of “family, community, and personal responsibility”. But however ambitious this combination may appear, Rishi has undoubtedly given us some reasons to be cheerful.

In a victory marking the culmination of 10 years of campaigning, the Chancellor announced that the Universal Credit taper rate would be cut to 55% from the current 63%, with work allowances increased by £500. And both in time for Christmas.

The Centre for Social Justice designed Universal Credit (UC) to ensure that work always pays. UC was intended to overturn the injustice of the old system that saw people trapped on benefits and facing a cliff-edge drop in income as they moved into work.

The taper in UC – that is, the rate at which money is withdrawn as people increase their earnings – was put in place to smooth the journey into employment and ensure people held onto the cash they earned. The work allowance, similarly, was always intended to ensure people felt the benefit of a job, before their benefit started to taper away.

Unfortunately, years of cuts saw these transformative aspects of UC watered down. And so we are thrilled that the Chancellor is returning UC to its original design, crediting both the CSJ and our Chairman Sir Iain Duncan Smith for this change.

With this simple but radical reform nearly two million of the poorest families will, on average, receive an effective tax cut of £1,000. The CSJ has always believed that work is the best route out of poverty. And the Government should continue to invest in UC as the engine of opportunity it was always built to be.

Secondly, this was a notably family-friendly budget – a recognition, as the Chancellor put it, that families are where we experience “moments that make life worth living.”

Building stronger families is fundamental to reversing the root causes of poverty. And so we welcome the £300m pledge for Start for Life programmes, on top of an additional £82m to scale up England’s network of Family Hubs. The CSJ first proposed the idea of Family Hubs as a one-stop shop of services to support families, with issues ranging from breast feeding to mental health, in its Breakthrough Britain: Family Breakdown report (2007) chaired by Dr Samantha Callan.

However, the Chancellor could have said much more on how the Government intends to deal with the ‘social backlog’ accumulated during the pandemic. The simplification of alcohol duties could and should have been used to support the thousands more people in need of recovery programmes following the adversity of lockdown.

£4.7bn for per pupil funding, £3.8bn for skills and £560m for adult numeracy is not to be sniffed at. But with over 93,000 children still absent from school post-lockdown, and an alternative provision sector under strain, bold ideas and political will is needed alongside this largesse to address the acute social costs of Covid.

Increased funding for rough sleeping prevention, similarly, is laudable – but long-term investment in truly affordable homes is needed to alleviate and prevent the wider forms of homelessness that are a hidden blight on our society. Look out for new CSJ research and polling on this next month.

Even so, the Chancellor should be commended for putting work and family at the core of his budget yesterday. The CSJ will continue to champion these two crucial areas in our mission to put social justice at the heart of British politics. 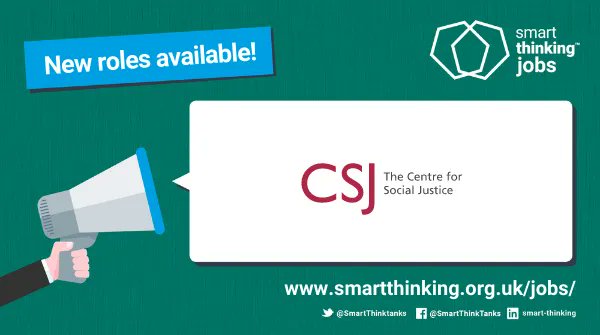