ConservativeHome: We’re sleepwalking into a crisis if we don’t vaccinate against poverty too | Frank Young

It wasn’t all that long ago that Conservative Prime Ministers were waging “an all-out assault on poverty”, or standing on the steps of Downing Street making solemn promises to make “social reform” the top priority for government.

These were Conservative Prime Ministers. This wasn’t just rhetorical flourish – the sort of thing a politician might say to give the impression of being a caring sort of person there was real focus on tackling poverty in the depths of Whitehall. It is little known outside of the civil service, but had David Cameron stayed in office for one week more in 2016, he would have announced his ‘life chances strategy’ – a plan to tackle poverty which was on the grid, ready to be rolled out. Turn back the clock to the start of a decade, and the Coalition Government introduced a framework for tackling persistent poverty. It’s still there if you do a Google search.

Recent polling conducted by Survation on behalf of the Centre for Social Justice unmasks the true scale of the poverty precipice that we’re looking over as 2020 comes to an end. This work, quizzing over a thousand households on the lowest incomes found that more than one in three are afraid of losing their job in coming months; nearly as many have been unable to pay a bill, one in five are going hungry and one in six fear being made homeless. A quarter of these families have less than £350 saved up when crisis hits. This is the sort of analysis that should get ministers scrambling for a proper plan to tackle poverty. 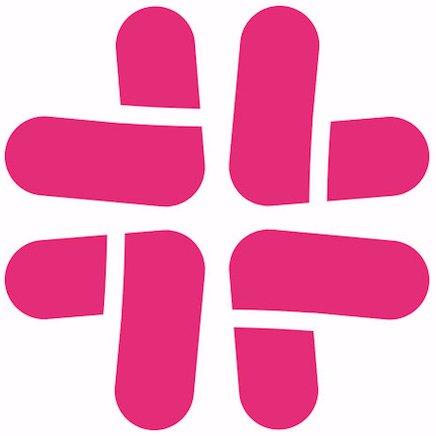 Together4CommonGood@T4CG
Together for the Common Good. Helping people across the churches play their part to strengthen the bonds of social trust. Not tribal.
Total Tweets7.30K
Followers3.14K
Following1.09K
@T4CG: Join us tonight 6.30pm-8pm as we explore the meaning of the Common Good with Philip Booth @YourStMarys, Sam Bruce @csjthinktank and Jenny Sinclair @T4CG, chaired by Ruth Kelly. Zoom webinar held in partnership with CCLA and @CSANonline - registration via link below ⬇️ https://t.co/ZcTlfCDFIG
4

The Centre for Social Justice@csjthinktank
An independent think-tank, established to put social justice at the heart of British politics. 👉 MEDIA: media-enquiries@centreforsocialjustice.org.uk
Total Tweets12.18K
Followers22.83K
Following2.62K
The Centre for Social Justice @csjthinktank
5 hours ago
⚡️Over 2,000 people access @oasisworksop services each year. Every programme is led by a team of local volunteers, meaning that Oasis has only 2 full time members of staff.Here’s what they had to say on receiving their CSJ Award⬇️#CSJAwards2021 | #SCWeek2021 https://t.co/9vG3vjcx6r 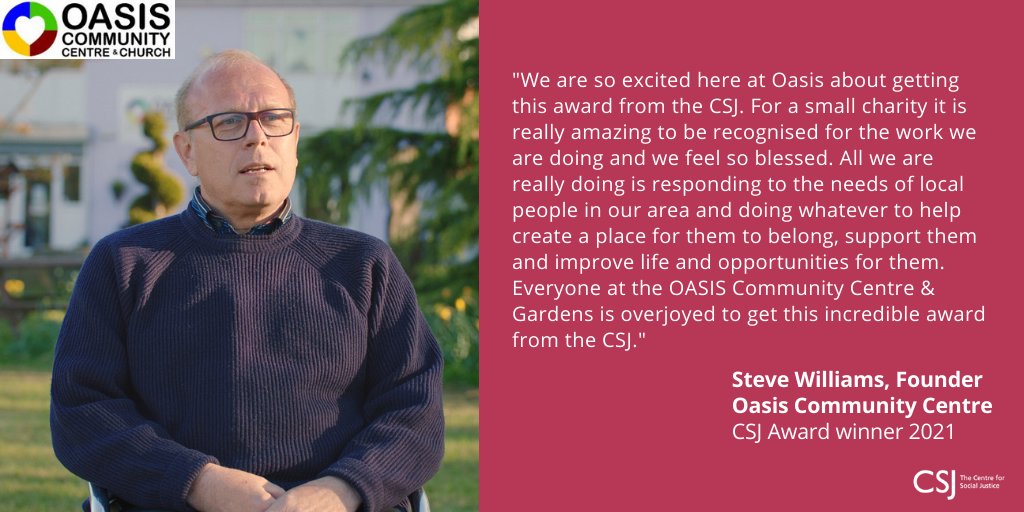 The Centre for Social Justice@csjthinktank
An independent think-tank, established to put social justice at the heart of British politics. 👉 MEDIA: media-enquiries@centreforsocialjustice.org.uk
Total Tweets12.18K
Followers22.83K
Following2.62K
The Centre for Social Justice @csjthinktank
6 hours ago
🚨The Oasis Community Centre have a programme called ‘Men on the Edge’, which was set up in response to a number of suicide deaths in the community, all of which were men.We are thrilled to be presenting @oasisworksop with a CSJ Award.➡️Find out more: https://t.co/DGGMEqQZA2 https://t.co/Bq14c7eVKx

The Centre for Social Justice@csjthinktank
An independent think-tank, established to put social justice at the heart of British politics. 👉 MEDIA: media-enquiries@centreforsocialjustice.org.uk
Total Tweets12.18K
Followers22.83K
Following2.62K
The Centre for Social Justice @csjthinktank
7 hours ago
“Now – more than ever – it’s vital that we celebrate the successes of our small charities who make a massive difference to our communities.” – Dr Nik Kotecha, Chairman of Award sponsor @MorningsidePh. ➡️Find out more: https://t.co/DGGMEqQZA2 https://t.co/CYTvH81G01
4 4
Follow @CSJthinktank